“Should I do this treatment?”

After everything we go through, the endless torture our bodies have to endure in order to even just prepare for a treatment… not including the actual effect the main event will have, the side effects, the months of aftermath we suffer through.

I will just be completing the last scheduled imaging portion over the next few weeks of the protocol – and have already been overwhelmed with talk of the ‘next’ destructive therapies and steps that will have to be taken right away after this, as my body just isn’t responding quite as nicely as we had hoped, not enough for a big party 😏

So now allow me to explain, “The Choice”

We have been struggling with this information for a few days, the past few months since MIBG my quality of life has been worse because of the amplified effect of the MIBG in my body, my pheochromocytoma tumors have been more active and even harder to control. There had only been one month where it had started to decrease finally with the combination of the MIBG finally starting to take effect and the medication increases.

So, here’s the problem I have. Before MIBG – my condition was out of control, my adrenaline levels were already so high and threatening to the point of me having zero quality of life anyways and being at serious risk of heart attack/stroke/organ failure.

Pheochromocytoma cancer isn’t like a regular disease where I can just say… “well, since the treatment is worse than the cancer, I’m going to refuse treatment and just live out my days travelling the world blissfully unaware of what’s happening in my body since I have no other symptoms”.

If I don’t have this treatment, my cancer’s symptoms (the adrenaline attacks) will kill me by themselves, not to mention their spreading all over my body, whichever comes first.

However, when I did have treatment (MIBG) the actual treatment in some ways made me feel worse… and the whole idea was to make me better at least for a little while and slow the progression and calm down the release of adrenaline. I was at the VERY LEAST hoping for a break, because I have literally just not stopped.

We honestly haven’t stopped, and I am exhausted.

This whole time… while my body has been exploding with MIBG and doing the exact opposite of what it’s supposed to, everyone has been saying “well maybe it’s a good thing, it must mean it’s working”. Well, that theory we now know is PFFFFFt. That’s me sticking my tongue out.

So I suppose what I am saying is… it’s kind of the damned if you do, damned if you don’t theory. There is a choice hypothetically, but it isn’t a very good one. I can not do treatment and die, or I can ‘choose’ to do treatment and it will do a little something for me. That’s all we can really ask for with this disease, a little something. It may be unimpressive, it may not be a lot, but it’s better than nothing because doing nothing hurts a hell of a lot more in my case…

When you weigh the risk vs benefit, it’s given me a lot more to be upset about than to be satisfied. However, even if these treatments just give me a few more precious times to value after all of the suffering portion… that to me outweighs everything, and clears the rest of the undesirable memories away. 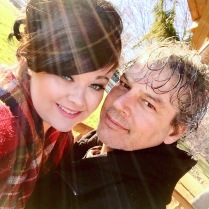 4 thoughts on “The Choice”

Be sure to check out my pages!